Elecrical energy is the most popular form of energy, because it can be transported easily at high efficiency and reasonable costs. Thomas Edison, established the first power station in 1882 at New York city, United States of America. The lower Manhattan area was supplied DC power from this station. Underground cables were used for distribution. At Appelton, Wisconcin the first water wheel generator was installed. Under Edison’s patents several companies started functioning in USA. However, these companies could supply energy to small distances due to I2R power loss being excessive at low voltage distribution.

In 1885, Wililiam Stanley invented the transformer. which revolutionized the AC transmission. The invention of induction motor in 1888 by Nnikola Tesla caused dramatic change in electrical power consumption through AC replacing many DC motor loads. It is now an acknowledged fact that HV and EHV transmission alone can reduce substantially the losses and bulk power transmission is feasible at these voltages. Nevertheless, it is also well established that HVDC is convenient and more economical from operation and control point of view under certain circumstances such as at distances of more than 500 kms. A detailed discussion of this aspect is not within the purview of this book.

In India, two third of the electrical power generated is from coal based power stations. Of the rest, about 24% comes from hydroelectric, 8.7% from Gas fired plants, 2.4% from nuclear power plants. At the time of independence, the per capita consumption of electric energy was 1.3 units. It is now about 3 units while China’s per capita consumption is about 6 units. Developed countries have per capita consumptions of as high as 8,500 units. This shows the great disparity that exists between the rich and the poor countries. However, Indian Power Sector has undergone revolutionary changes. While in 1947 the installed capacity was at 1300 MW, today it has surpassed 1,00,000 MW. In India, Nuclear Power has a target of 350 GW, and Hydro Power is estimated at 84 GW by CEA.

In India regional and national power grids are established to facilitate transfer of power within and across the regions with reliability, security and economy on sound commercial principles. The Power Grid Corporation was established in August 1991 and it started its commercial operations from 1992-93. It is one of the largest transmission utilities in the world. The power grid is an ISO 9001 company with complete capability in AC transmission upto 765 kV level and HVDC transmission upto ± 500 kV. Challenging jobs in operation and maintenance of the national demand which is expected to reach a peak value of 114000 MW by 2006 are undertaken by Power Grid Corporation. Power Grid is also engaged in activities such as unified load dispatch which facilitates close monitoring of grid with real time data for economic dispatch of power between the five regional grids and states.

Planning,design, operation, control and protection of power systems requires continuous and comprehensive anatysisJo_e~aluate the current states and remedial control, if any, needed. Manual computation of power flows isexrremely time consuming even for very simple networks. In 1929, AC network analyzer, an analog computer was devised. Most of the early system studies were performed on the network analyzer.

The Indian Power Grid System is divided into five regional grids. The southern region comprises of Andhra Pradesh, Tamilnadu, Karnataka, Kerala and Pondichery. All these State Electricity Boards are integrated for operation into Southern Regional Electricity Board. Likewise, other boards are formed. Each state has inter State and Inter Regional links. For example Andhra Pradesh and Maharastra have a tie-line at Ramagundam – Chandrapur 400 kV link at Chandrapur.

In a similar way Andhra Pradesh has tie-line connections with Orissa, Madhaya Pradesh, Tamilnadu and Karnataka.

The stipulated system frequency in India is 50 Hz. Since, there is deficit of generation in the southern region, the operating frequency goes to 48.5 Hz. States like, Maharastra, Madhyapradesh, and Orissa operate at 50 to 52 Hz. Andhra Pradesh imports power through HVDC back to back system at Chandrapur through the 400 kV AC double circuit line from Chandrapur-Ramagundam. In a similar way, through the HVDC back to back system at Gajuwaka power is transmitted via 400..kV Jaypore-Gajuwaka double circuit AC line from Orissa. While, we have dealt with the frequency scenario, it is worthwhile, to look at the other performance index of electric power, the voltage profile. 400 kV lines have their voltage falling to 340.3 kV at Cuddapah, 220 kV lines reaching 160.8 kV at Sullurpet and 132 kV lines operating at 95.8 kV at Nagarkurnool. 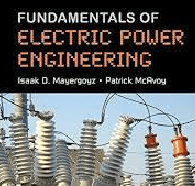 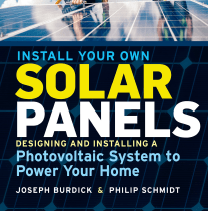 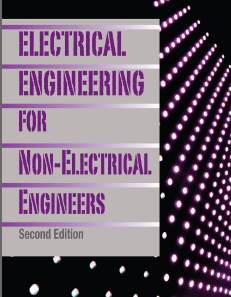 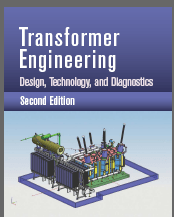