This is a book about “hacking” electronics. It is not a formal, theory-based book about electronics. Its sole aim is to equip the reader with the skills he or she needs to use electronics to make something, whether it’s starting from scratch, connecting together modules, or adapting existing electronic devices for some new use.

You will learn how to experiment and get your ideas into some kind of order, so that what you make will work. Along the way, you’ll gain an appreciation for why things work and the limits of what they can do, and learn how to make prototypes on solderless breadboard, how to solder components directly to each other, and how to use protoboard to make more complex soldered circuits.

You will also learn how to use the popular Arduino microcontroller board, which has become one of the most important tools available to the electronics hacker. There are over 20 examples of how to use an Arduino with electronics in this book.

You will also learn how to use the Raspberry Pi (a tiny Linux computer) as a tool for electronics hacking.

Electronics has changed. This is a modern book that avoids theory you will likely never use and instead concentrates on how you can build things using readymade modules when they are available. There is, after all, no point in reinventing the wheel.

This is a very practical, hands-on type of book. You will therefore need some tools and components to get the most out of it.

As far as tools go, you will need little more than a multimeter and soldering equipment. You should also have a Raspberry Pi, or Arduino or both, as quite a few of the projects use these handy boards.

Every component used in this book is listed in the Appendix, along with sources where it can be obtained. The majority of the components can be found in a starter kit from SparkFun, but most electronic starter kits will provide a lot of what you will need.

In many of the “how-tos,” there will be a You Will Need section. This will refer to a code in the Appendix that explains where to get the component.

How to Use This Book

The book contains the following chapters: Chapter 1 Getting Started

The book starts off by telling you where you can buy equipment and components, as well as things to hack. This chapter also deals with the basics of soldering and focuses on a project to hack an old computer fan to make a fume extractor for use while soldering.

This chapter introduces electronic components—or at least the ones you are likely to use—and explains how to identify them and describes what they do. It also introduces a small amount of essential theory, which you will use over and over again.

This chapter contains a set of fairly basic “hacking” how-tos, introducing concepts like using transistors with example projects. It includes hacking a “push light” to make it automatically turn on when it gets dark and how to control a motor using power MOSFETs.

In addition to discussing regular LEDs and how to use them and make them flash and so on, this chapter also looks at using constant current drivers for LEDs and how to power large numbers of LEDs and laser diode modules.

This chapter discusses the various types of battery, both single use and rechargeable. It also covers how to charge batteries including LiPos. Automatic battery backup, voltage regulation, and solar charging are also explained.

The Arduino has become the microcontroller board of choice for electronics hackers. Its open-source hardware design makes using a complex device like a microcontroller very straightforward. The chapter gets you started with the Arduino and includes a few simple how-tos, like controlling a relay, playing sounds, and controlling servo motors from an Arduino. It also covers the use of Arduino expansion shields.

The Raspberry Pi single board computer is great for hacking together electronic projects that require a bit more power than an Arduino can provide, or that need a network connection or large display. In this chapter you will learn how to set up and use a Raspberry Pi, as well as connect electronics to its GPIO pins.

When you want to make something, you can often use readymade modules at least for part of the project. Modules exist for all sorts of things, from wireless remotes to motor drivers.

Sensor ICs and modules are available for sensing everything from temperature to acceleration. In this chapter, we explore a good range of them and explain how to use them and connect some of them to an Arduino.

Chapter 10 Audio Hacks
This chapter has a number of useful how-tos relating to electronics and sound. It includes making and adapting audio leads, as well as audio amplifiers, and discusses the use of microphones.

Mending electronics and scavenging useful parts from dead electronics are a worthy activity for the electronics hacker. This chapter explains how to take things apart and sometimes put them back together again.

The final chapter of the book is intended as a reference to explain more about how to get the most out of tools such as multimeters and lab power supplies. 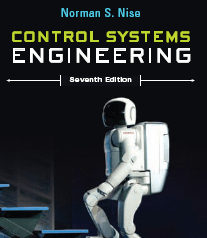